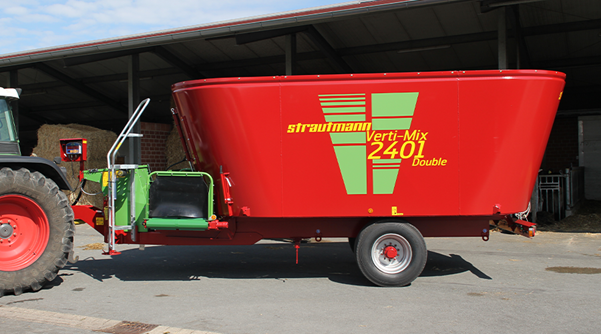 Previously, Strautmann’s Vario2 auger has consisted of 900 stepped segments, welded to each other to form a particularly solid and robust mixing auger.  However, in order to further improve mixing efficiency and to extend the service life, Strautmann has changed the auger geometry.  The auger maintains its ‘stepped’ flight design, which means the ration is both rotated and tumbled however, the 900 steps have become 600 steps and the number of steps has also increased.

Increasing the number and flattening the steps between the auger elements improves the tumbling action, providing a homogeneous mix faster, whilst using less power and creating less wear.

As previous, each IMS auger is fitted with an 8mm adjustable scraper to its front leading edge and scraper arm edge.  How this scraper is attached has also been modified, it is now attached to an integrated wear edge on the auger and not to the auger itself, allowing for easy adjustment and replacement resulting from wear.

The auger knives can be individually adjusted in case of a ration change as previous. However, a simple modification of pre-drilled holes, means that the optional INNODUR wear package (5mm thick, stainless steel, auger edge protection) or optional magnets can be easily fitted retrospectively. 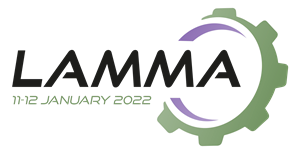