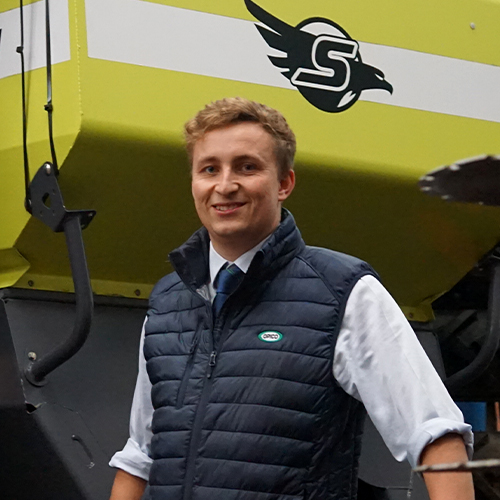 Tom comes from an arable farming background and graduated from Harper Adams in 2014.  Over the past six years he has worked on a number of large arable farms, most recently as Assistant Farms Manager in Lincolnshire, where he was also responsible for the agronomy of 520 acres.  Prior to this he spent 2 years travelling and farming in Western Australia.

Commenting, James Woolway, OPICO Managing Director said, 'Initially Tom will focus on Sky drill demonstrations this autumn. He brings with him a wealth of arable knowledge and we are delighted to have him on board.'

On his new appointment BASIS qualified Tom said, ‘Joining OPICO is a new and exciting challenge for me. It allows me to link my agronomy knowledge to the machinery being used and, importantly, puts me on the front-line of the latest machinery developments in action.’

Tom will be based from home near Huntingdon, Cambridgeshire and his contact details are: