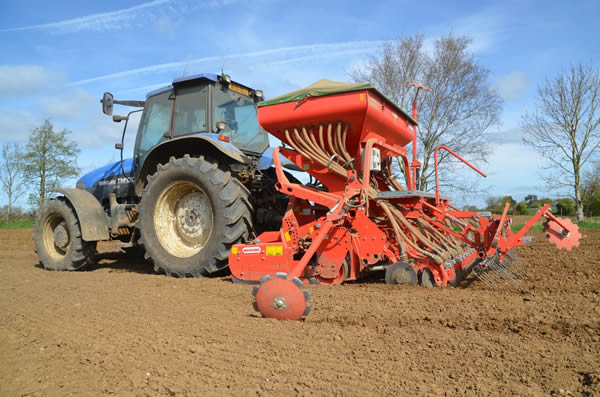 When you’re growing a relatively small acreage of cereals it’s difficult to justify shelling out big sums of money on shiny new cultivation kit. But for Wiltshire arable and beef farmer Derek Robinson there’s one exception to the rule – the drill.

“When you think about it the drill is pretty much the most important piece of equipment on the farm. It’s responsible for everything that’s going to happen in the following season – and ultimately what ends up in your bank account.”

So when his 24-year-old power-harrow combination started to show serious signs of age and crop establishment began to suffer as a result, he decided he needed to look at his options for a replacement.

“With two and half decades under its belt our old Kuhn Venta was suffering significant metal fatigue and was constantly requiring attention from the welder.

“So I started to look around for a good second hand combi-drill. Pretty quickly it became apparent that you had to pay big money for anything half decent otherwise we’d end up with something no better than what we already had.

“So the next obvious step was to look at a refurbished rig. While doing that I got some prices on new machines as a means of comparison – when you sat down and did the maths there wasn’t very much in it.”

Various different options were considered and when it came down to it, it was a Maschio Alitalia combination that shone out. 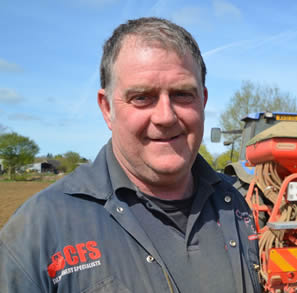 “We went through everything in detail and made sure we were comparing like-for-like. Ultimately the Maschio build quality and its high spec. won through – it offered the best value for money.

“Electronic metering was something I was keen on having but the critical thing was disc-coulters. With our old Suffolks we struggled to get consistent seed placement – they would just ride up over trash.”

Proved itself
Since its arrival last year at Boyds Farm near Corsham last year, the Alitalia has certainly proved itself in that department. With a fair acreage of reclaimed land, the Robinsons often have less than ideal soil conditions to contend with.

“We aim for simple cultivations without too many passes. Our establishment approach is pretty straightforward - plough, roll and then go in direct with drill.

“But because we’ve got rough reclaimed land with stones and sub-soil on the surface we have to stick with a combination. The Maschio power-harrow has a good name for being a strongly built machine and the drill has proved to be far better than we’d anticipated at coping with the rubbish that comes to the surface.”

Key to this are the disc coulters which are far better able to chop through trash and, because their down pressure is hydraulically controlled and that much stronger than a simple spring set-up, they cut through clods, maintaining an even depth. Being able to tweak the pressure on a spool-valve means it’s easy to continue that consistency as seedbed conditions vary.

The other big benefit is that there are two rows of coulters rather than three, making the whole rig significantly shorter and more manoeuvrable.

The accuracy of seed placement is mirrored with the precision of the electronic metering system.

“With the GPS feed it is 100% accurate and it’s so much more convenient to calibrate than the old land-wheel drive arrangement,” says Mr Robinson.

“You just put the tray under the hopper outlet, press the button on the back of the drill, weigh what is churned out and adjust the rate on the control box. The RDS computer is dead easy to use. It provides all the info you need and alerts you if there’s a problem – fan speed, etc…”

Coulter rows
The other big benefit of the Maschio metering system is in its interchangeable rollers. With three different cartridges for small, medium and large seeds, it means accuracy is maintained no matter what’s going through. That versatility and the ability to shut down to just one section for really low rates (eg. OSR) makes it very accurate. 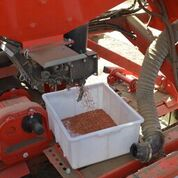 Calibration is exceptionally straightforward – place a tray under the metering rollers, press a button, weigh what comes out and input that into the RDS control box – it does the rest

“The accuracy of the metering and the consistency of seed placement have made a big difference to the reliability and evenness of our crop establishment,” concludes Mr Robinson.

“It might seem like a bit of an extravagance to have a brand new drill on our acreage but with its strong build I’m more than confident we’ll get another 24 years out of the Maschio drill.” 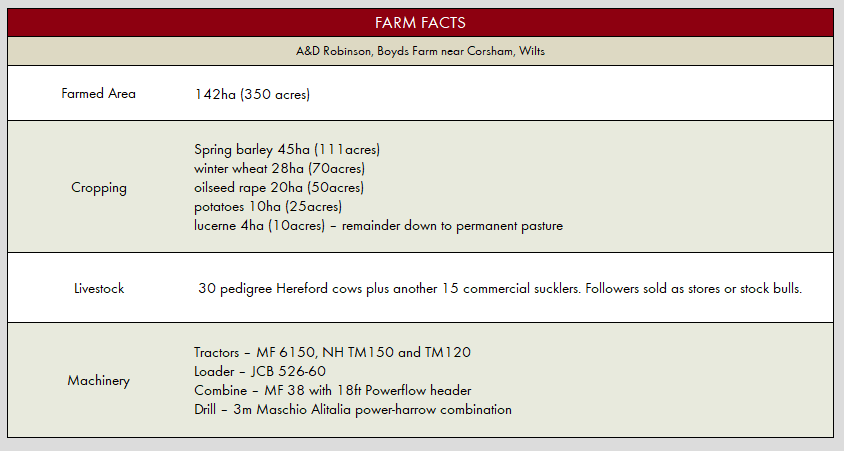